When trying to lose weight people will often go out of their way to force themselves to choose a “healthy” alternative. So if you’re craving a sweet snack, and really just want some haribo you may instead think you’re better of choosing dried fruit instead.

The key to being in control of your weight management is really understanding that there is no such thing as a “bad” or “good” snack – they’re just different. There are nutritional differences between the two options of course. The dried fruit has increased fibre and micronutrients than the haribo, but we don’t just choose food on the basis of its nutritional breakdown.

Both these snacks contain high levels of sugar and when it comes down to it the source of those sugars makes very little difference to how your body processes it – especially in the context of this example. Both taste good, but if you are really craving sweets and instead force yourself to have the dried fruit you’re still taking in almost identical calories. Now that’s fine if that’s where it ends, but often that craving will still be there. The sweets may also give you an emotional boost as well as an energy one.

Overall the calorie difference between the two is pretty marginal. So if you’re choosing the dried fruit in an effort to lose weight, then think again. If you’re choosing them because you like them then brilliant – keep having them. If you fancy some sweets then have them!

There are no good or bad foods – all foods can be accommodated within a balanced diet. Being aware of the calories in different foods empowers you to make that choice. 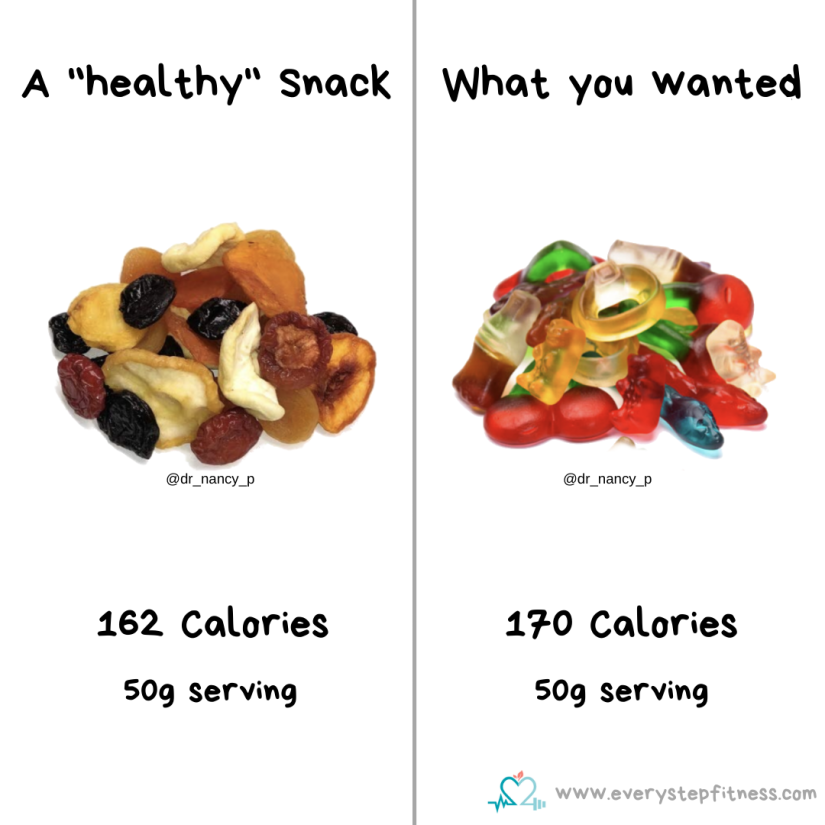