Socialising is a really important part of a healthy lifestyle and often that will involve eating out with friends or family. There is absolutely nothing wrong with going out and eating whatever you want – be it a massive pizza or anything else.

However if you are trying to lose fat or weight then you may wish to limit these extra calories. One option is simply to avoid social situations. That’s not ideal – life will be full of social situations and if you’re trying to make sustainable changes then you can’t just avoid everything for ever! Or you could of course say “f*ck it” and just have whatever you want. Nothing wrong with that – but if you’re then likely to spend the next few days feeling guilty or being angry with yourself for not making progress etc then that’s not a good option either.

The final option is to simply switch what you have for something that’s essentially the same but just a smaller portion. In this example I’ve gone for a large, “rustica” Gamberone and Chorizo pizza and a large glass of wine. That could wrack up over 1700 calories -which for most people is a large proportion of their daily calories. And let’s be honest, that’s an awful lot of food. No one actually needs a pizza that large… instead you could swap it for a “skinny” or small version of the same pizza (which almost all restaurants offer nowadays) and a small glass of wine. Same taste, same enjoyment, you can socialise, and you’re consuming less than a third of the calories.

So no need to avoid pizza night, or blow the diet, to still be able to enjoy yourself. Consider simply having smaller portions. 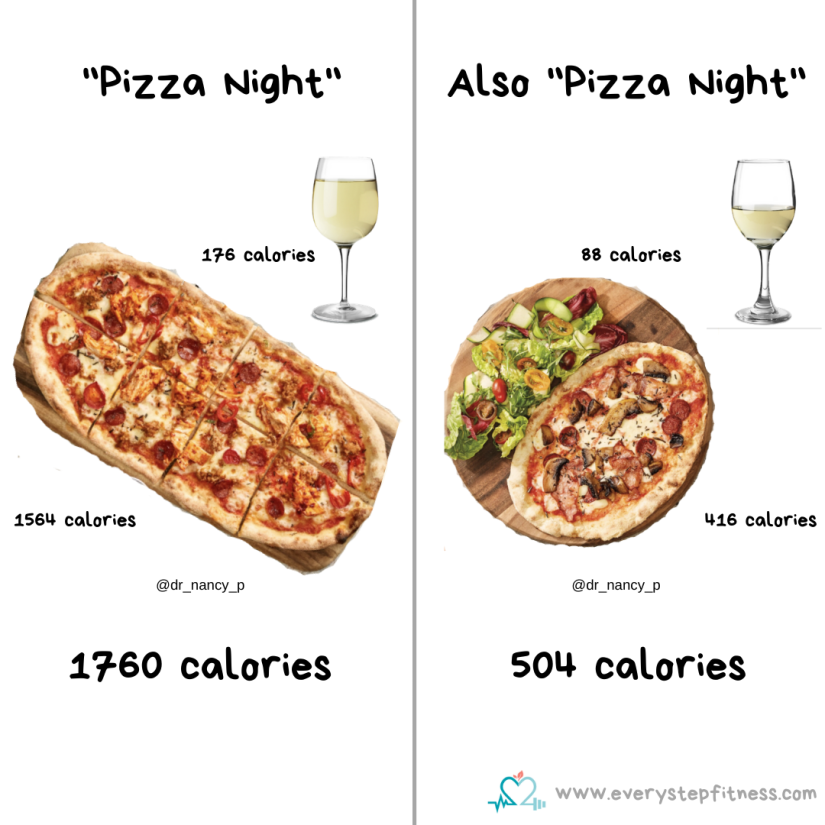